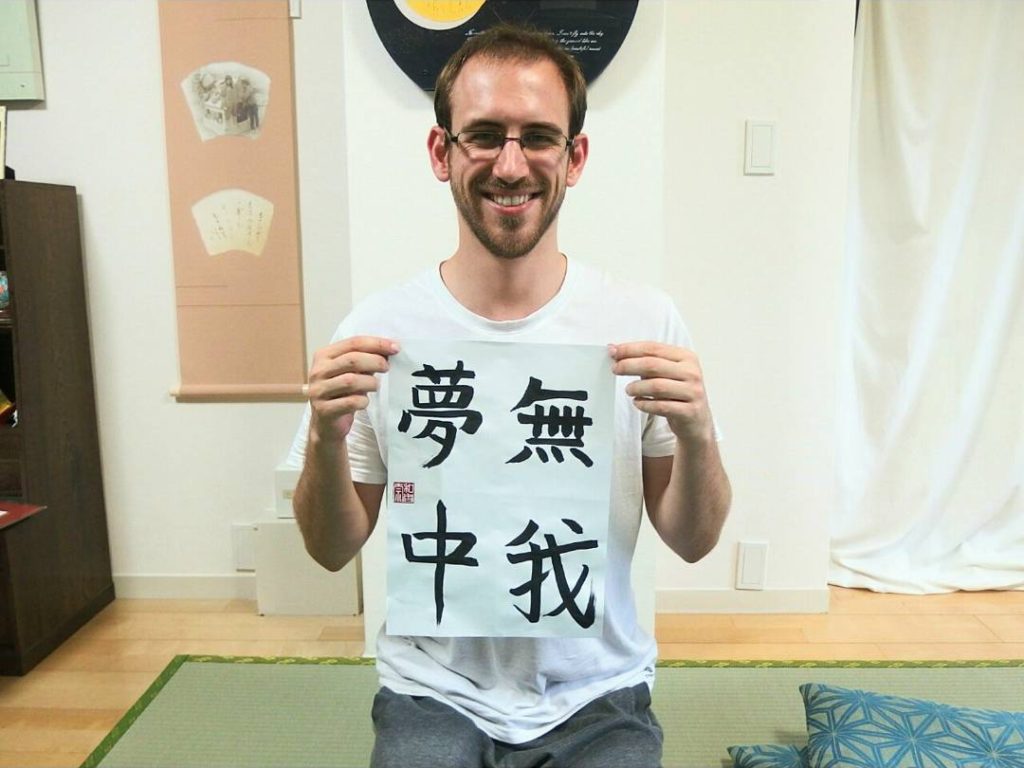 My first Calligraphy student from German 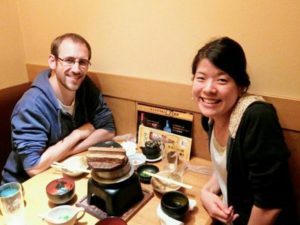 He’s left Japan already but he was learning Shodo (Japanese Calliraphy) from me these few months. 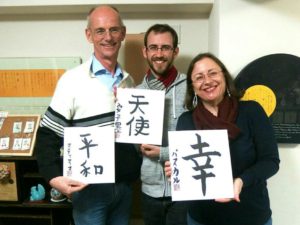 He first came to Wakalture with his parents and did Beginners Calligraphy.
He’s lived in Tokyo for studying and his parents was visiting him:)
Then he decided to take my lesson once a week!!

Calligraphy is not something like you can get well in a few days. I always explain learning Calligraphy never ends.
So leaning Calligraphy for few months isn’t enough at all. He always said that he understood what I meant but he couldn’t do it. It’s so true!! Even though you know how it should be/ how you should write but you can’t make it if you don’t have enough skills.
However I saw he was certainly improving!! I was sad he’s gained his skills but he was leaving Japan then won’t have time to practice. He won’t lose all the skills but he will do some for sure. I know it as I felt after I came back from Australia and Toronto staying about a year each then didn’t practice Calligraphy. 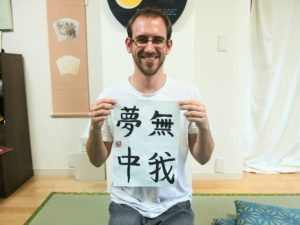 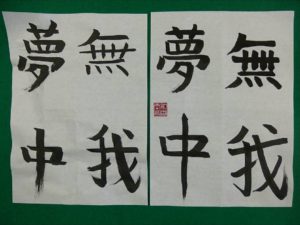 Anyway!! I’m just glad I could help him to improve his Calligraphy skills:)
And I hope he comes back to Japan in 2 years (it’s his plan!) then see him again!!

At the last lesson, I gave him a present.

Fuku kumo no gotoshi… Fuku is happiness and good luck. Kumo means cloud. I picked this word  as I hope his new life will be lots of happiness like cloud:)