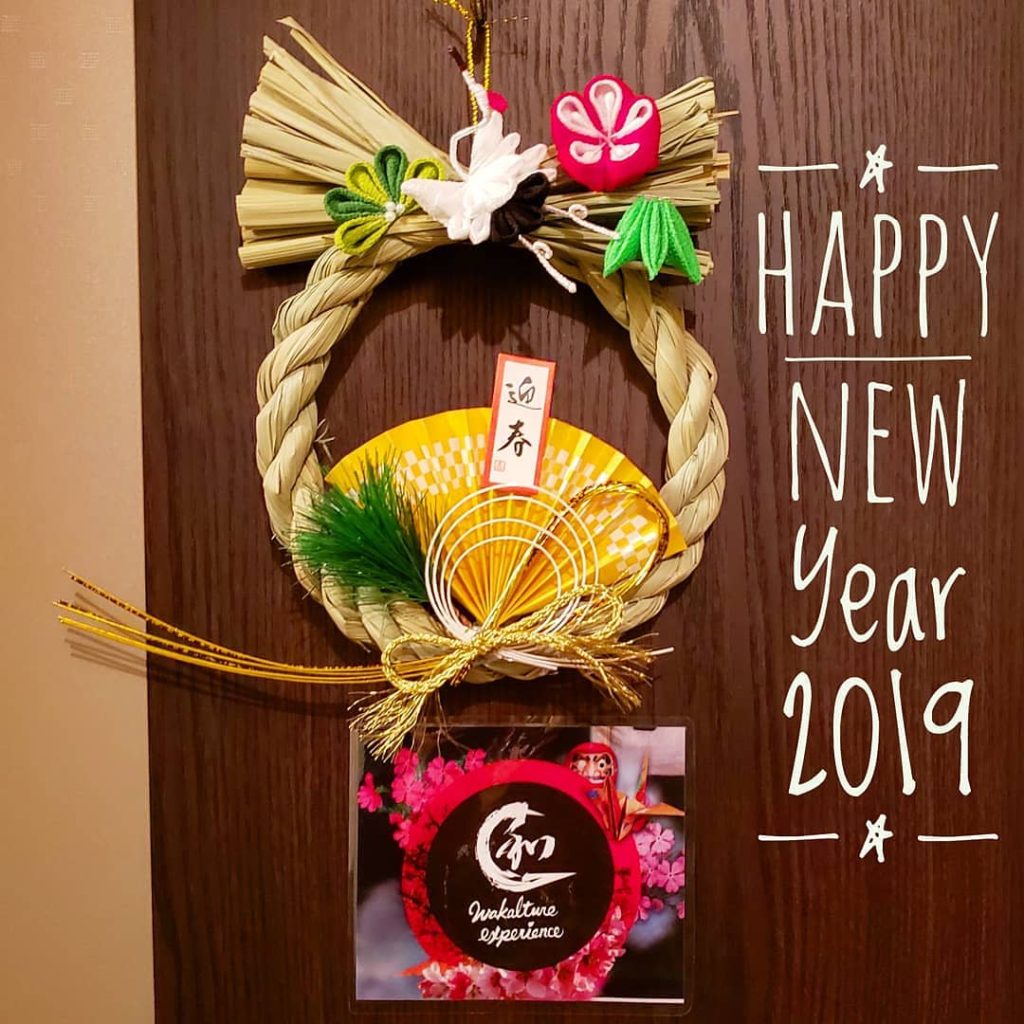 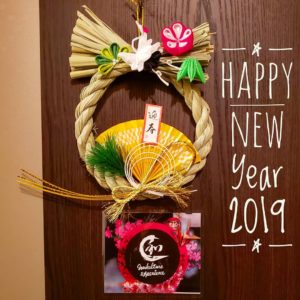 Today, I will introduce this Japanese traditional ornament called Shimenawa Kazari (or Shimekazari).
Shimenawa is usually used at Shinto shrines to mark sacred spaces and to chase away the evil spirits. The Shimenawa Kazari used on New Year has a similar meaning. Usually display on the front door.
People used to start to dispaly from 13th December. Since Christmas got popular in Japan, we usually display after 25th.
The number 9 doesn’t mean good (sound of 9 is suffering in Japanese) so people shouldn’t display on 29th. Also 31st. It’s called “Ichiyakazari”, ichiya means one night and kazari means display. To display it just the day before new years, this doesn’t mean good as a lack of respect.
Then take this off on 7th January most of people in Kanto area (East side of Japan) and 15th in Kansai area (West side of Japan).

I just found this Shimenawa Kazari at Daiso (100yen shop) then take some off, changed a bit and glued Tsumami- zaiku:)
I put Tsumami-zaiku of pine, bamboo and plum trees with a crane. They all are symbols of good luck!!

I will write about Osechi, a traditional food in New year next;)

Thank you for reading,
I wish you all have a wonderful year!!